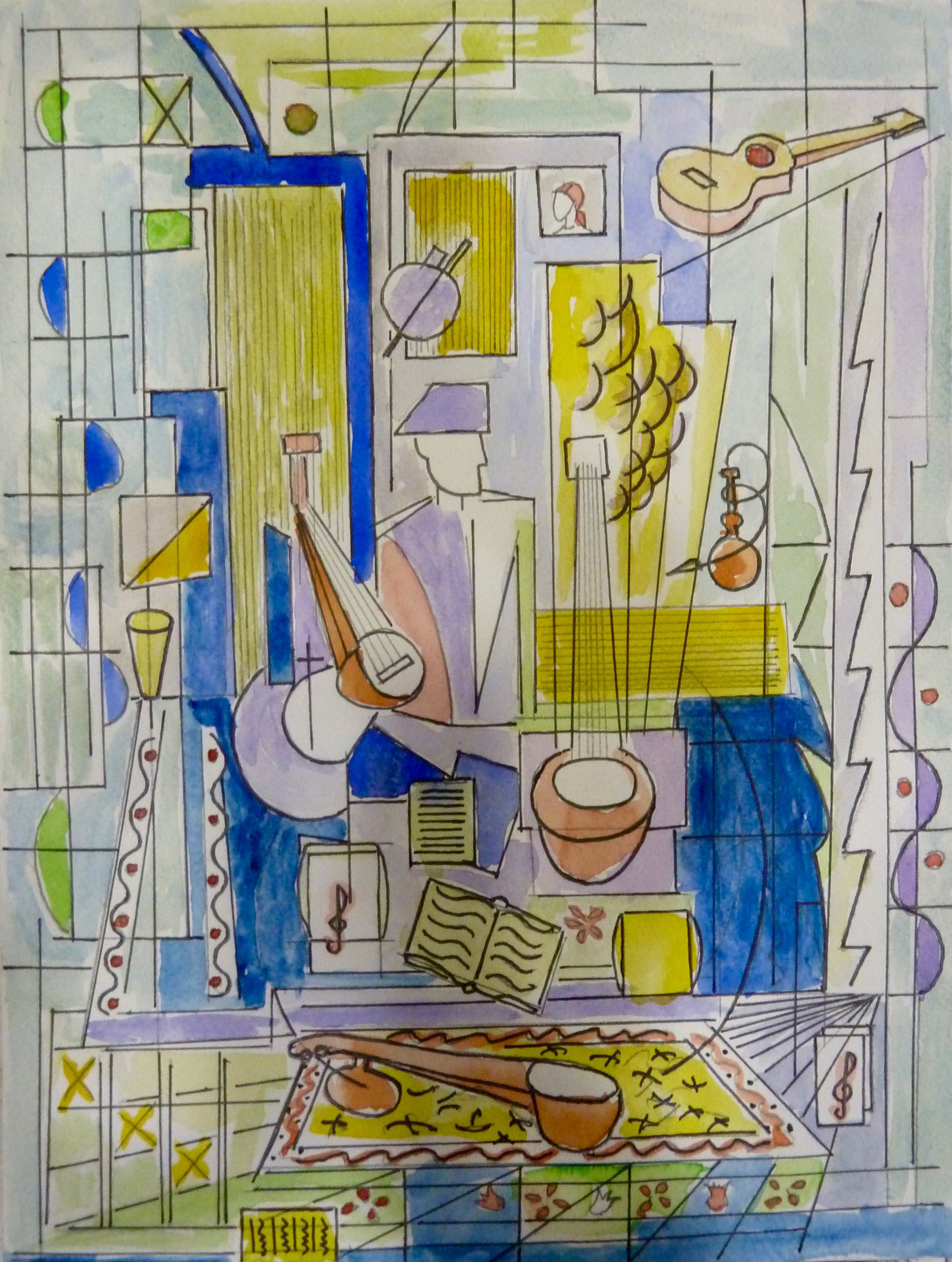 Trained in western classical guitar, I fell in love with Indian Music at the very start of my journey in India.

I have had the privilege over the years to listen to some of the greatest classical singers and musicians of India: Bismillah Khan, Bhimsen Joshi, Kishori Amonkar, inspiring Sufi Qawallis, great sitarists like Ustad Shahid Parvez, Shujat Husain Khan and many others.

I love the majestic venues like India Gate under the moon light, Nehru Park, Humayun’s tomb or Diggi Palace in Jaipur. Each concert for me is a moment of ‘bliss’, as Indian music is often deep, profound but not sad, bringing moments of contained emotion, which takes one’s soul to the edge of the sacred.

After some years I decided to try to play Indian music and chose the Sitar. I have now been playing the sitar for about ten years with my guruji, Ustad Ghulam Dastagir Khan and met reputed and learned sitar makers like Rikhi Ram in Delhi or Hiren Roy from Kolkata. Learning Classical music helped me to better understand the Indian way of thinking, as it is taught in a way which is very different from the Western way.
These musical experiments inspired me to draw first the ‘music room’, like in Satyajit Ray’s film. I went on to sketching Sitarists and Tabla groups in small formats, in ink and wash and then moved on by introducing an impressionist or cubist twist to compositions in larger formats, canvases in acrylic and oil. Few years ago, I made a musician trio in a triptych composition in acrylic and recently a ‘music city’ in a large canvas as a variation.