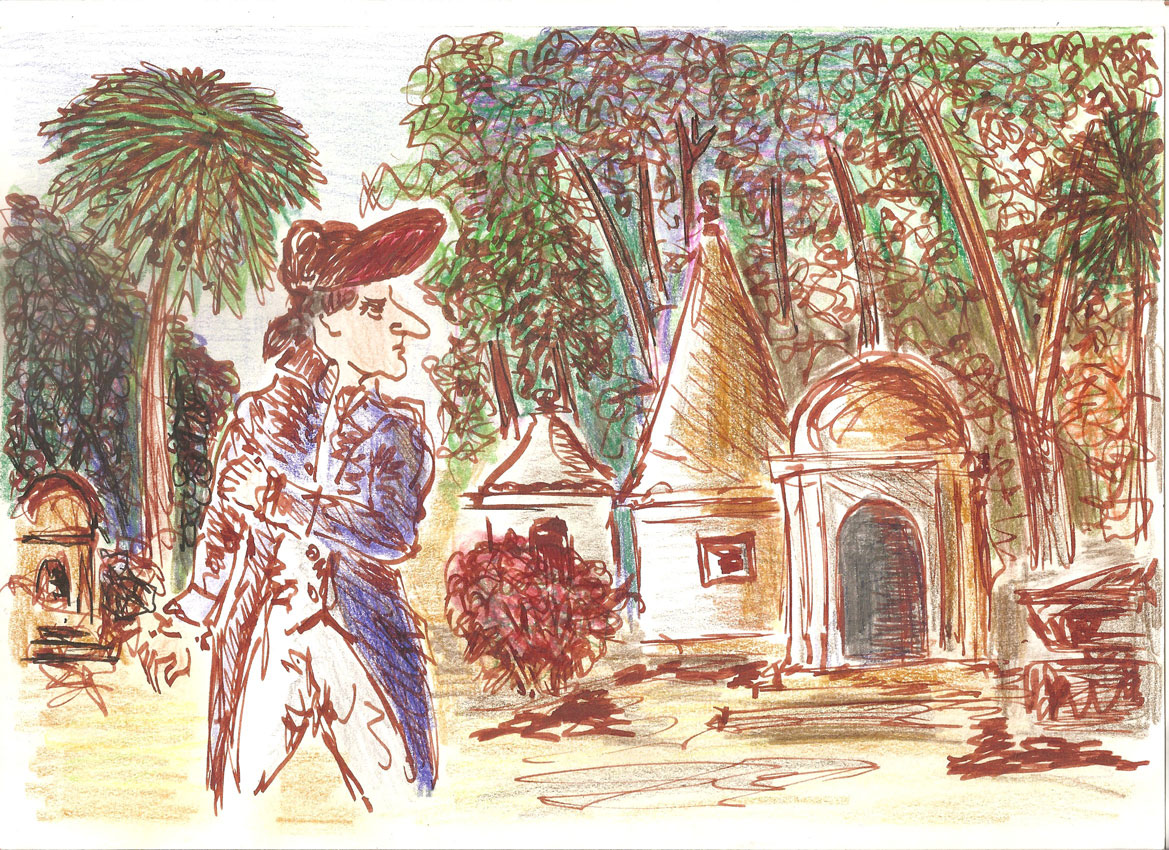 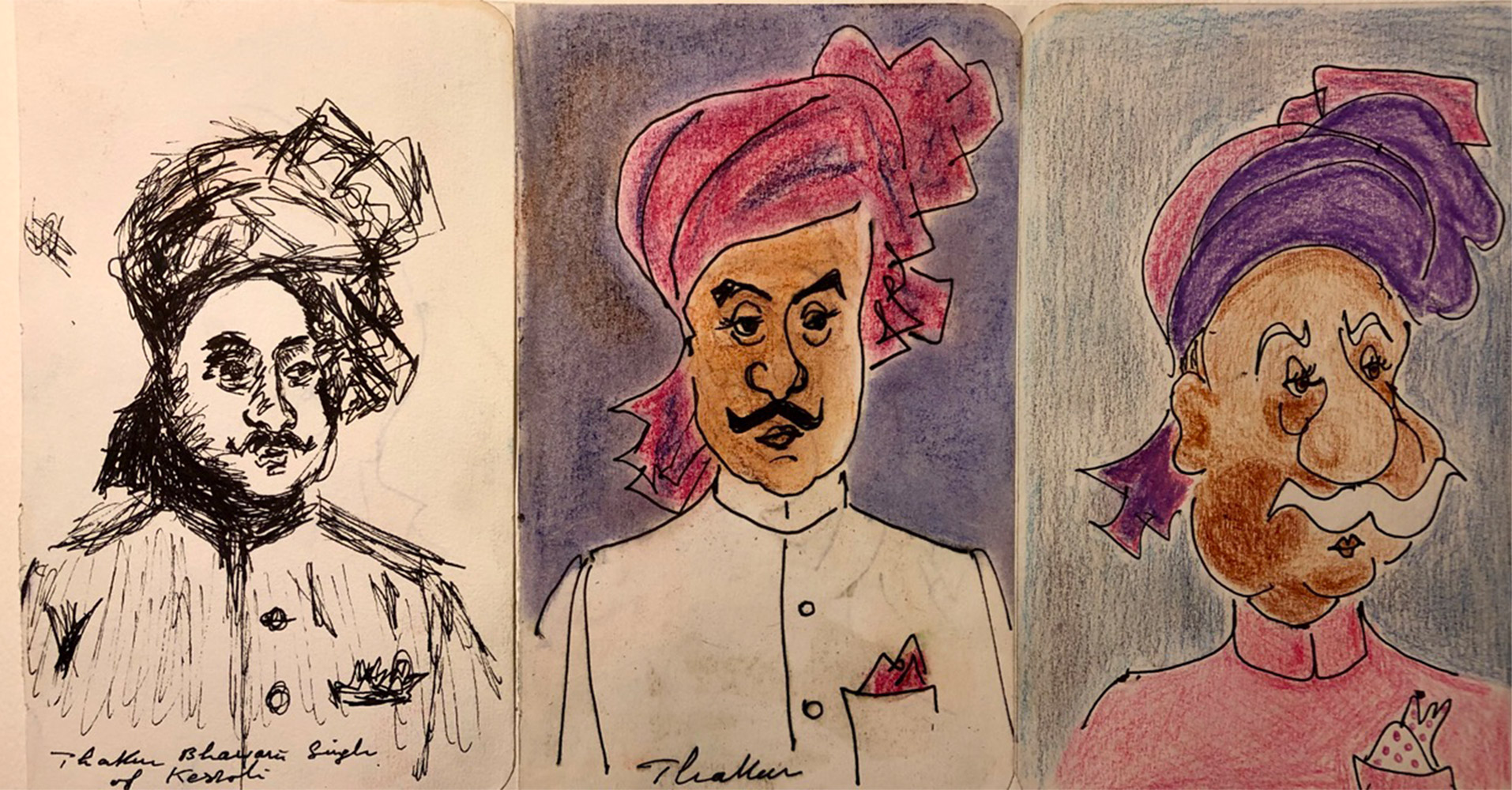 Three Swamis in conversation
Ink and pencil colour / A5 Sketchbook

I have started to draw from a very young age and carried on drawing on school notebooks when I got bored, which was frequently. I found solace in sketching Voltaire or Sartre during the French class; or making quirky portraits of Einstein with his equation during Physics class. Later in Philosophy class came his fascination for Indian fakirs, whom I would sketch with their ropes and cobras, not knowing that one day I would meet them for real in India. As destiny turned me into a strategy consultant, intuitive use of my drawing skills came in handy to communicate with senior executives of multinational companies, who are often visual people.
In India, I have found lots of subjects to sketch ‘cartoons’ from… from my own travels on motorcycle to Ladakh, Dharamsala or Rajasthan. Sketches of the people I met – odd people like gurus and swamis, impressive characters like Maharajas and Thakurs, and ordinary people, chowkidars, hotel waiters, farmers, taxi walas, aam admi in the street.

I moved on to imaginary scenes – people practicing yoga, fusion bands, scenes from old Goa. Later came the intercultural metaphors – a French peasant staring at an Indian swami, a French philosopher and an Indian guru, and the India Art Fair, very glamorous and eccentric!
The techniques used for cartoon sketches are mostly pencil and ink with colour pencil, sometimes watercolour and pastel, on small formats, from A5 to A4 and A3. 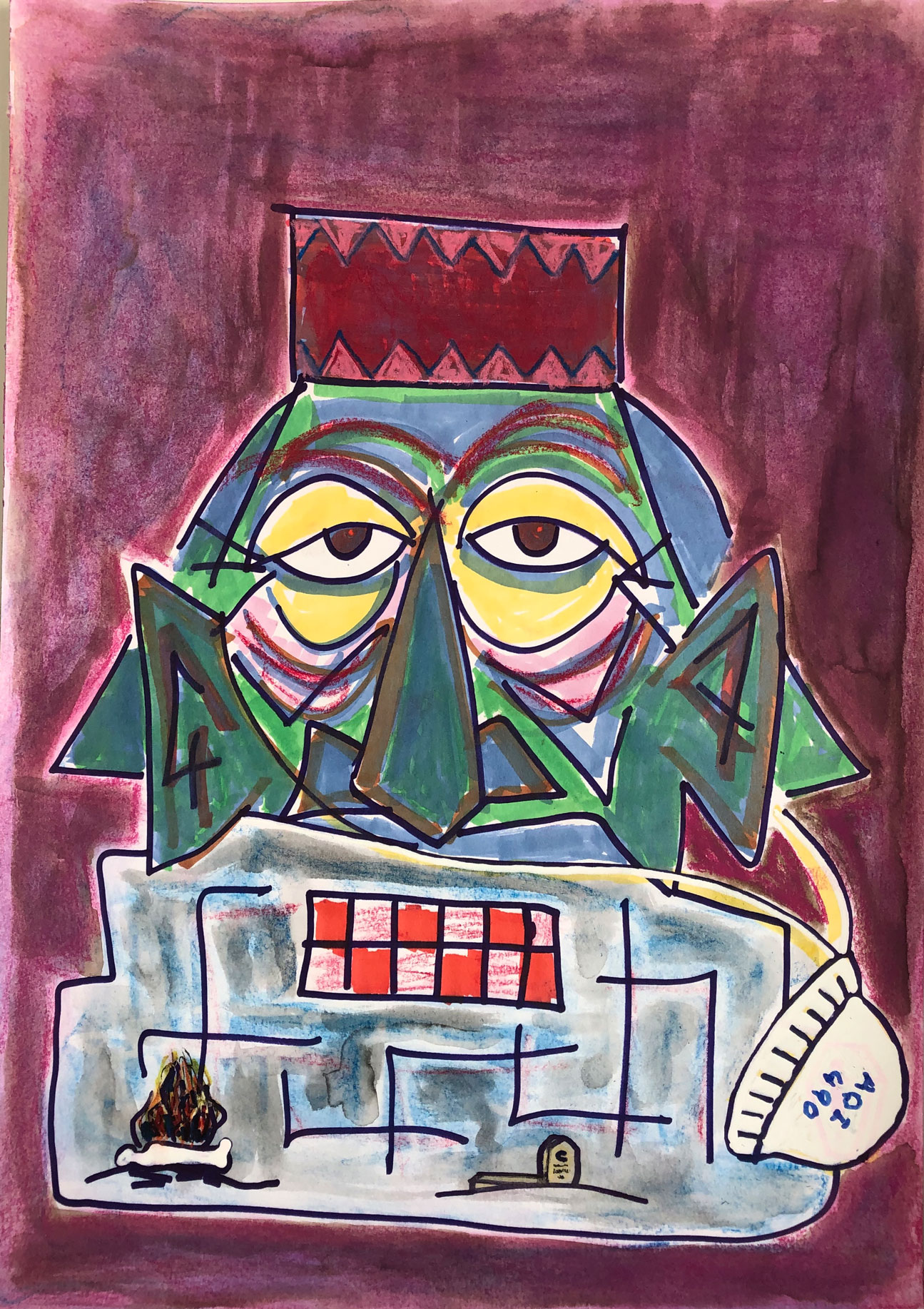 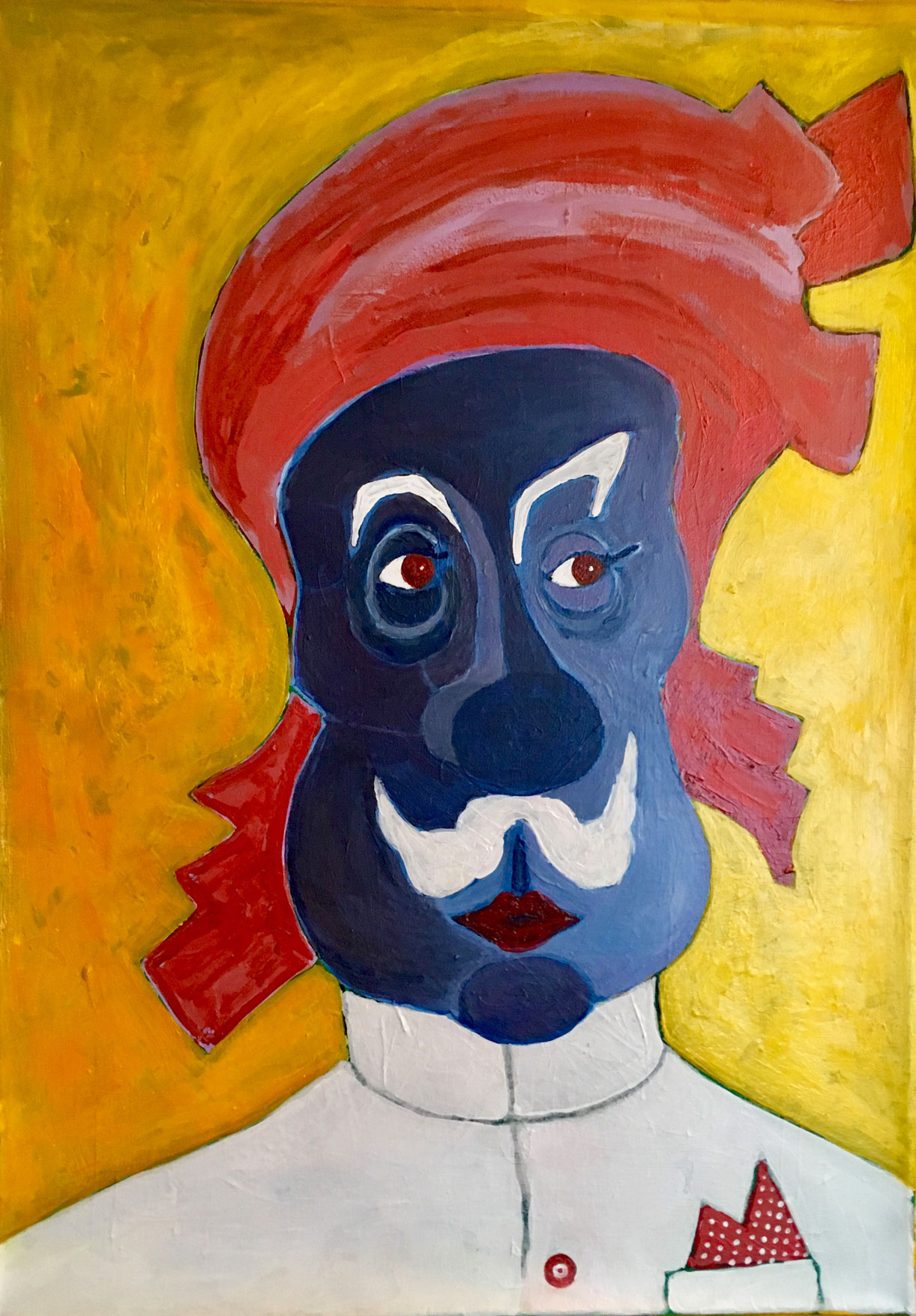