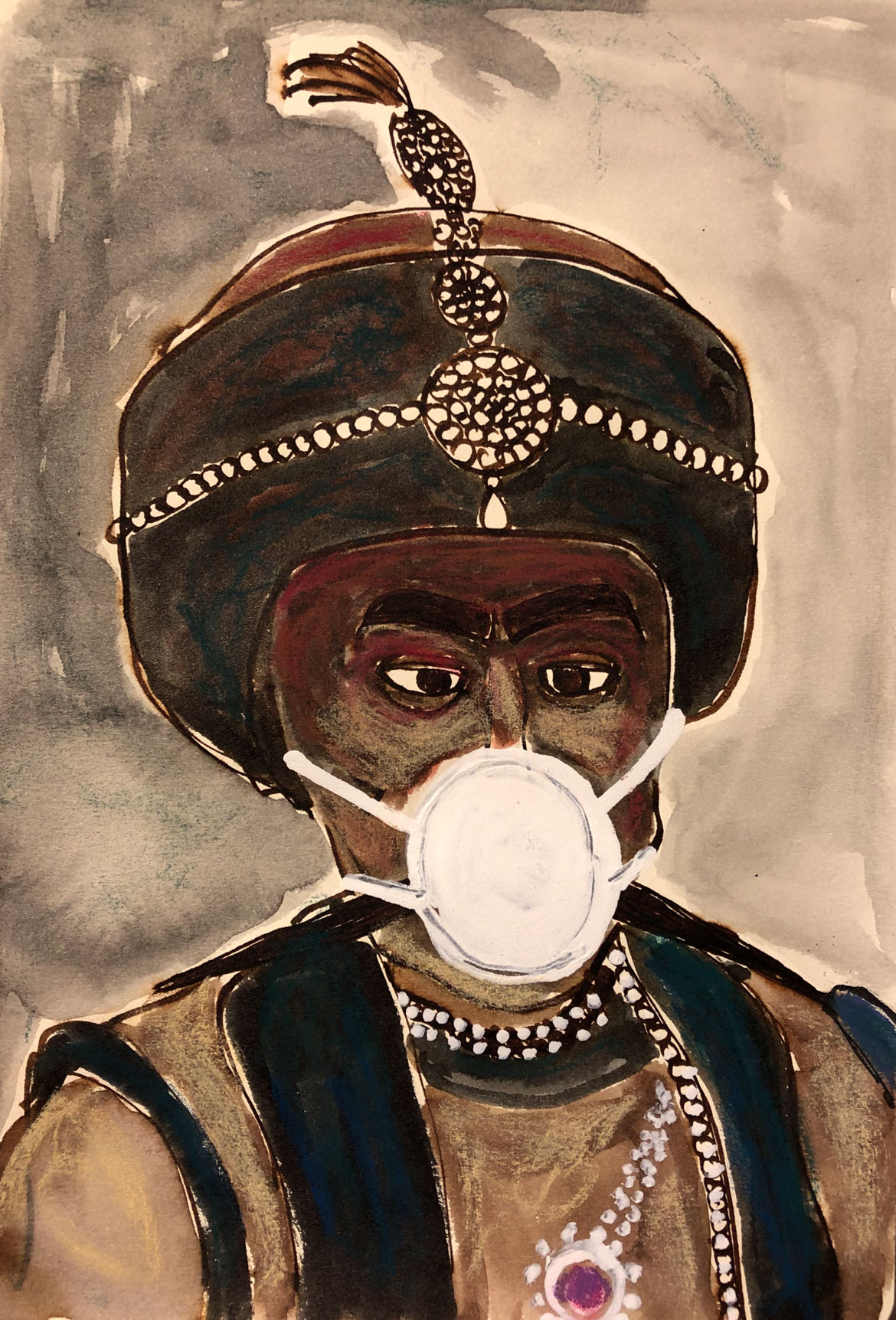 Nawab of Awadh, suffocating
Ink and marker A5 paper 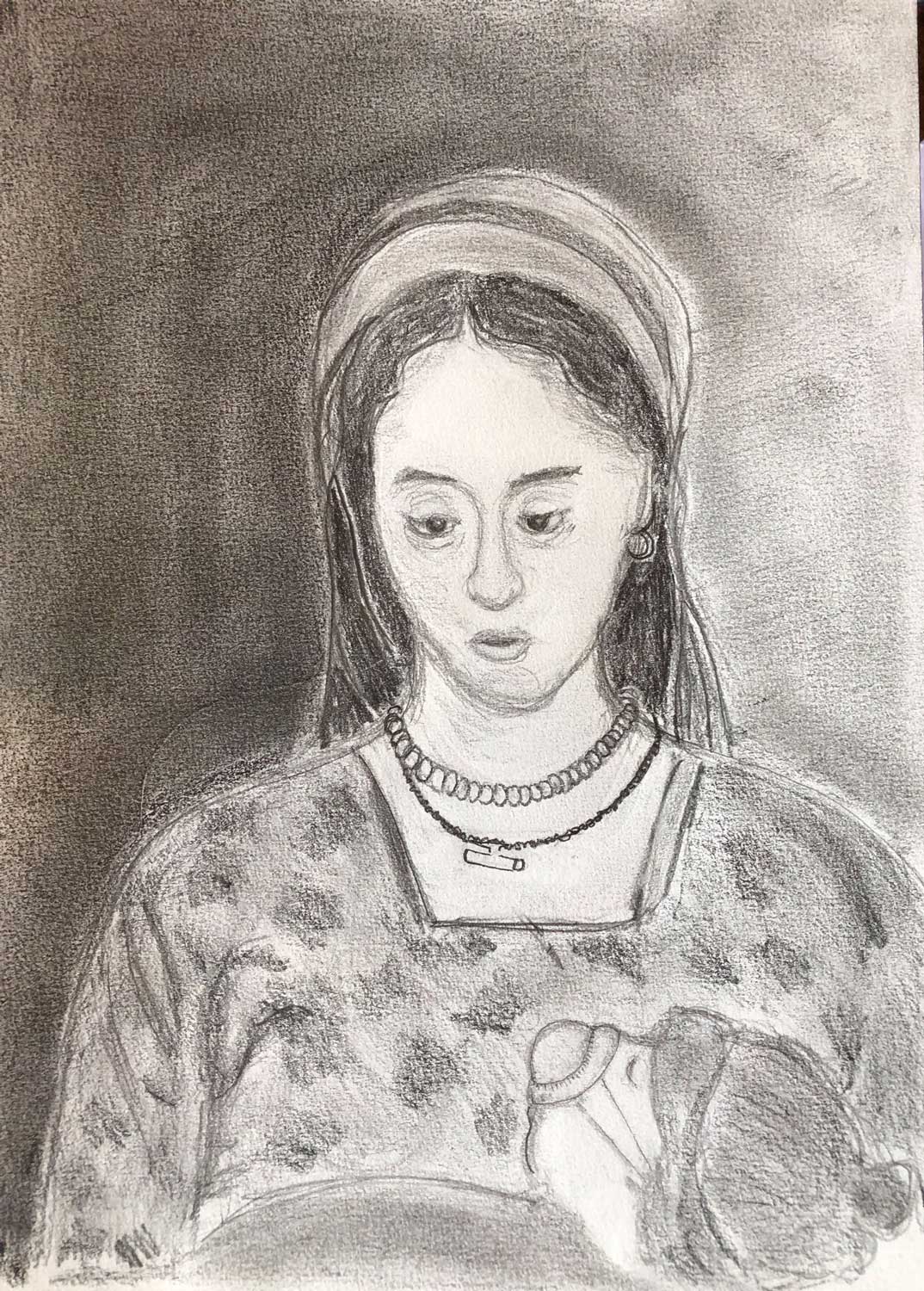 Mother and child
Pencil A4 paper 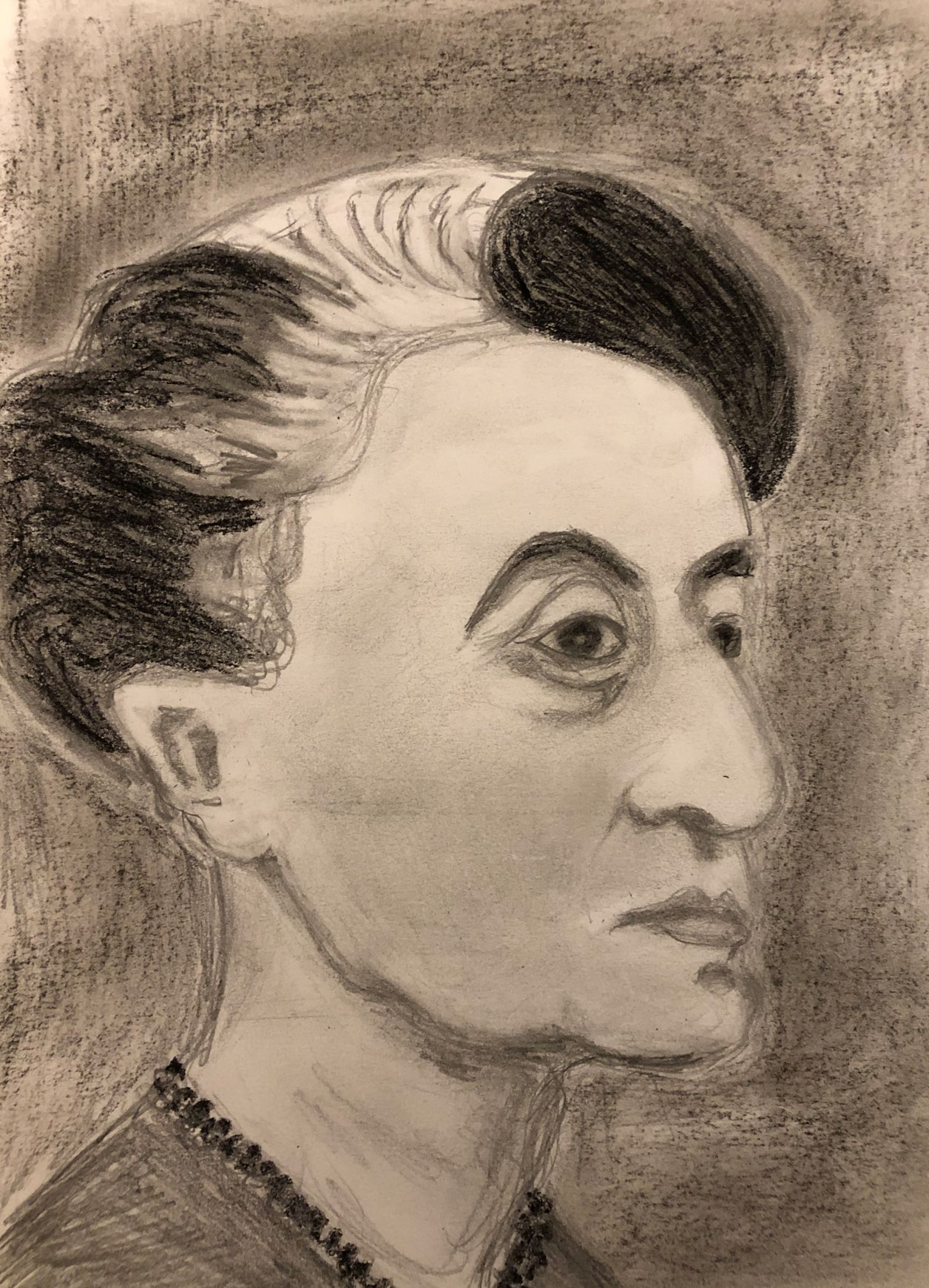 “Year after year around Diwali, Indian cities suffer dramatic air pollution peaks, which beat world records and trigger outcries of anxiety and anger in the population.
“On Sunday November 3, 2019, Delhi’s worst day for pollution in three years, air quality monitors registered the concentration of toxic particles in the air at 50 times the level recommended by the World Health Organization… Twenty-two of the world’s 30 worst cities for air pollution are in India – with Delhi again ranked the world’s most polluted capital …” writes the Guardian.

How can I react to this as an artist?

I have imagined that the Nawabs of Lucknow are returning to our time and are devastated by what they see. Why Lucknow and the Nawabs? Lucknow has always been a multicultural city that flourished as a North Indian cultural and artistic lighthouse. And the Nawabs of Lucknow or Awadh are best remembered for their refined and extravagant lifestyle, as patrons of the Art. Under their sponsorship, music and dance, literature and poetry, architecture flourished, and landmark monuments were built, they still exist. But see what happened today? Lucknow is in the top ten of the most polluted cities in the world. And the Gomti river, once the lifeline and delight of the city, is ‘almost dead’ in spite of recent cleaning up efforts.

So, in my sketches, the Nawabs return and fall aghast at what they see, they suffocate, they try to put up a pollution mask but do not know how to wear one. Variations of this metaphor are the return of Indira Gandhi, or a young Rajasthani mother in sorrow with a baby in her arms.